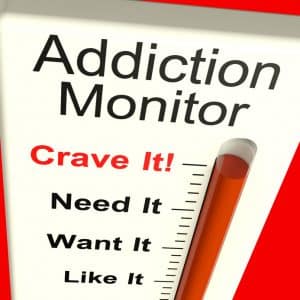 It goes without saying that success in recovery relies on the ability to manage cravings and urges. Intellectually, you fully understand that one drink / hit / smoke or whatever it is that you do, will inevitably end up with you either puking up on the bathroom floor or waking up the next day full of the remorse and shame of yet another failed attempt to stop. You KNOW this, so why is it that you can’t seem to curb those impulses? Why is it so hard to overcome the urge to do something that you know will ultimately end in carnage?

Understanding cravings and urges is the first step to managing them. It is not about being weak-willed – it is about over-riding the brain’s hard-wired natural survival mechanisms, which is not an easy task.

Drugs and alcohol target the parts of the brain that are involved in learning, memory, reward and emotional regulation. In order to survive as a species, we have to learn and remember what is good for us and what is dangerous. When we do things that encourage survival such as complete tasks, connect with others, eat, drink and have sex, we are rewarded with neurochemicals that promote feelings of well-being, satisfaction, pleasure and contentment. One of the chemicals – dopamine -amongst other things, motivates us to seek out activities that produce these feelings, given that they are associated with survival. Unfortunately or fortunately depending how you look at it, drugs and alcohol activate the same chemicals and so the brain starts to believe that they are essential to survival.

The more you use, the more feel-good chemicals are produced (initially that is) and the more the brain, or specifically a part of the brain called the Amygdala, remembers, associates and rewards us for the usage. However, the amygdala has very blurry vision and anything that it associates with drugs or alcohol will activate it causing it to  trigger a spurt of dopamine that creates a very strong urge to use again. The amygdala is very powerful and the only part of the brain that can over-ride it is a part called the pre-frontal cortex – also known as the logical or rational part of the brain. The pre-frontal cortex has the role of planning, anticipating consequences, weighing up decisions and deciding whether something is indeed good for us or dangerous for us in the long term. People who don’t develop addictions have the ability to put the brakes on impulsive behaviour, delay instant gratification, tolerate frustration and difficult emotions in order to act in line with their higher values and long term goals. A healthy, well developed pre-frontal cortex can quash amygdala activation in its tracks.

The problem with addiction is that over time excessive use of drugs and alcohol render the pre-frontal cortex more ineffective and so the amygdala becomes the driver. It has also been found through neuro-imaging techniques that people who struggle with addiction are likely to have an under-developed or under-functioning pre-frontal cortex, which makes them vulnerable to the urges and desires of the amygdala – they basically don’t have adequate breaking systems. This can be due to a number of factors such as prolonged childhood stress and anxiety, prolonged adult stress or anxiety, or periods of excessive drinking.

The amygdala can be activated directly by our senses, so even certain smells or sounds that are connected with using or drinking can trigger a powerful surge of dopamine that generates an over-whelming urge to drink without any conscious thought being involved.

This can sometimes take people by surprise especially if they have been clean for a while. Often people believe that after a certain amount of time they shouldn’t be getting any cravings and consequently feel that they will never be free of the desire to use. But anything can trigger a craving – a difficult emotion, a certain time of the day, the smell of freshly cut grass, the change in seasons, certain people, places, or memories.

If you end up giving in to a craving and drinking or using again, the amygdala has powerful associations with the taste, smell, sounds and rituals of drinking / using and springs into action. Almost like it is saying “I remember this – this is essential to survival, give me more, more, more!!” the survival, reward system kicks in and a powerful cascade of neurochemicals are released with the sole purpose of making you consume more and more.

Given that alcohol and drugs actually weaken the Pre-frontal cortex,  after a couple of drinks or a certain amount of drugs, it stands very little chance against the powerful associations that the amygdala has with your drug of choice. But the brain can re-wire, the amygdala can be re-trained and the pre-frontal cortex can be strengthened.

So what can you do to help you get past a craving and deal with an urge?

See the craving for what it is.

When you feel the craving start to take hold – when thoughts turn to using and you feel the urge to use – remind yourself of what is actually happening in your brain. I.e., when the limbic system detects anything that has been associated with using it releases dopamine. This in turn triggers the stress response in the body – the fight or flight response – which generates an overwhelming urge to get rid of the stress. In this case, the only thing that will alleviate the stress is to use or drink. When the stress response is triggered, the pre-frontal cortex can get decommissioned and all rational thought goes out the window. Keep telling yourself this as a way of distancing yourself from the body sensations that the craving produces and to prevent the generation of thoughts about using.

The stress response can be reduced by slowing down your breathing to a count of 3 seconds on the in-breath and 4/5 seconds on the out-breath. Do this for a few minutes and it will signal to the limbic system that the threat to survival has passed. This can also be done by consciously relaxing the tensed up muscles in the neck/shoulders/arms/hands/face. At the same time, try to engage and activate the pre-frontal cortex by repeating to yourself the rational response of  “this is just an automatic survival response and it will pass” Practice these techniques even when you are not necessarily having a craving but at points throughout the day. The more you practice the quicker you will be able to activate the response when it is needed.

When the craving starts to take hold, our thoughts can start to fixate on the anticipation of that first use. You might start to engage in euphoric recall, which is basically only remembering the good times and imagining how great it will be to have just one drink or one smoke. So fully embrace the image but keep on going with the scenario. Don’t just stop at the thought of that first drink or smoke – play out the scenario to the bitter end. What is the likely chain of events? Where is it going to end? Will you really stop at one? Very unlikely. Also think about how you are going to feel after the fact. The feelings of shame, remorse and hopelessness that will inevitably occur afterwards. Look at all the consequences of giving into the craving. Are you prepared for them?  Focusing on the negative consequences time and time again as the craving arises can create new associations in the brain that will eventually equate drinking or drugs with negative effect as opposed to positive effect.

Focus on what you want to achieve through not using.

As previously mentioned, the prefrontal cortex is the part of the brain associated with higher thought processes – values, goals, planning etc. As soon as the craving starts, try to switch focus to what your dreams and goals are. Try to conjure up an image of how it will be to achieve these dreams and goals and how you are going to feel. Focusing on these in as much vivid detail as you can will help the pre-frontal cortex to kick in and reduce the automatic response of the amygdala. It can help to write out on a card, a vivid description of the life you want to be leading and the person you want to become, so you can pull it out when you are struggling and read it over and over again.

The Amygdala is responsible for focusing attention on things that it believes are important for survival to the exclusion of everything else. So when a craving arises, it will divert all of our attention to the drug of choice. Distraction techniques, such as calling someone in a support system, going for a walk, listening to soothing music, or reading the news online can re-focus attention away from thoughts and urges to use.

You don’t have to wait until a craving hits in order to learn to manage them. You can practise not giving into impulses to act in many different scenarios throughout the day. Notice urges to eat, react to people, switch on the TV, check your phone, go on facebook – basically any automatic reaction that you do throughout the day without thinking about it. Start becoming aware of the feelings that you have before you act – notice them in your body and delay acting for a few minutes while you observe what is happening to your thoughts and feelings. This ability to observe our feelings and thoughts actually strengthens the connections from the pre-frontal cortex to the limbic system and overtime, courtesy of neuroplasticity, the pre -frontal cortex becomes more effective and the ability to curb impulsivity is increased.